Is this my longest blogging hiatus ever?

There's a lot going on here...a lot of exciting stuff, thoughtful stuff, fun stuff, and busy stuff. I'm composing breathtaking blog posts in my mind while I tend to it all, but when I finally sit down on any given evening, I'm too braindead to even know where I am.

Don't go away yet! I still have encyclopedias full of fascinating blog fodder drivel.

My foot hurts, for instance. My boss, who is not a doctor at all, nor does he play one on TV, diagnosed bursitis. I wisely got a second opinion: The Internet indicates that Dr. Boss is probably right, OR I have plantar fasciitis. I've decided to treat myself for Bursitis, since I can't pronounce fasciitis. (Quite honestly, I'm not sure about plantar, either. Is it plan-TAR, or just planter, like planter?)

I can't know. In the meantime, I've prescribed lots of Advil for inflammation, $8 orthotics from Walmart, and permission to cuss up a blue streak when my @#$%# foot #$%@ hurts. Look at it:

Are you riveted? Tip of the iceberg, babies. I'll get back here ASAP to fill you in on other, just-as-exciting goings on.

Time to catch up, a lot going on here at Casa de Gnightgirl. Here's some news and random photos dating back to September.

I closed my last post by declaring that I was going to take 2010 by storm. Well, The first storm of 2010 set me straight on Friday morning. 1/4 mile from home I scooted over to let a big honkin' truck by, and ended up in this ditch: 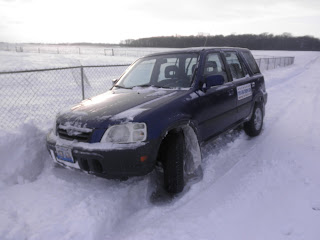 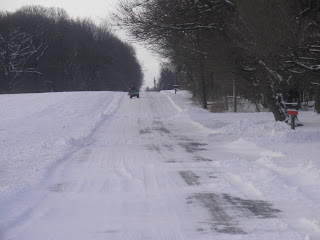 Months and months ago I bought this transparent locket from Artfire.com. I was convinced I could find hundreds of tiny doo-dads to put in it, and thus personalize every outfit, if I had this. 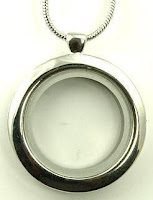 But no, I could never think of a thing, when it came down to it. So I wore it out on New Year's Eve in St. Louis, declaring that I'd take home one souvenir from every establishment of the weekend, in my necklace. Here it was after 3 days: 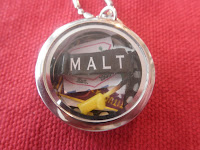 There's a label from Schlafly's brewery, the logo off the menu from The Broadway Oyster Bar, a logo from the calendar at TJ's Wings (where we rang in the new year), the word "Malt" off of a bottle of vinegar from Five Brothers Burger place, and the tip of a skinny little candle from a birthday surprise on Friday night. I am now in love with the necklace.

Diane and I went out for Vietnamese food on Monday, for my birthday. Saigon in Savoy is now under new management, and the food is to die for. I had Pho, which was perfect on a subzero evening. We started out, though, with a Vietnamese shrimp salad. "Mild," I told our waitress, looking out for Diane, who's not big on spicy food. 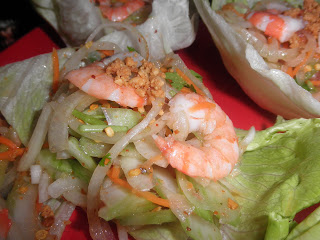 Mild my a**, this salad almost burned our faces off. I'm a hot-pepper girl, but I was miserable after the first bite of this stuff, delicious as it was. Here's a flattering photo of Diane trying to regain composure as she snacks her way through her "mild" salad. 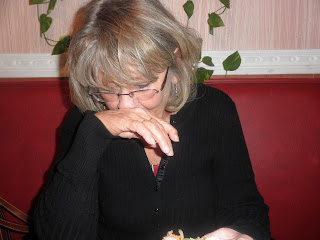 The waitress insisted she'd given us the mild salad, but methinks there was a mixup. She was a great waitress, nonetheless, and we had a wonderful time at dinner. I can hardly wait to go back for more Pho.

I recently updated my facebook status with the observation that I could be in the Guinness Book of World Records for "The Person Having Misplaced The Most Lipbalms in A Lifetime." Clint's daughter and mother got right on that for Christmas, and I am now set for life in the lip balm department: 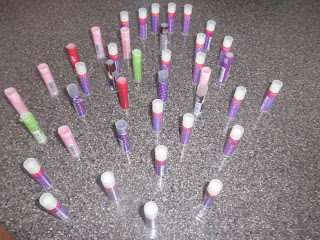 Last Wednesday night, I was all bundled up, standing in the kitchen talking to Clint while I slathered on that cinnamon one in the middle. It took me a minute of Clint's laughing to realized that the balm I'd selected actually had a tint, and I'd spread it all over my face. I almost went out with red clown lips! How embarrassing would that have been? Of course, after a few pints, I was compelled to re-enact my near glamour faux-pas for everyone at the table. It's not embarrassing if you meant to do it. 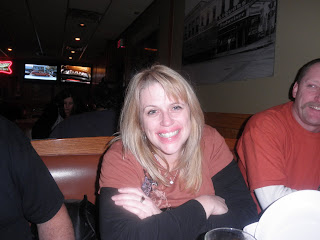 Here are some pheasants in a field south of our house. Who doesn't think it's more fun to call them peasants? 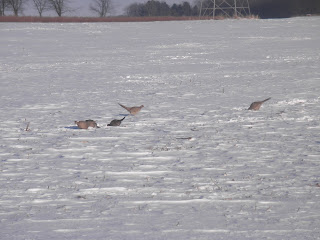 Here's a fun sign I spotted at Oktober Fest in St. Louis: 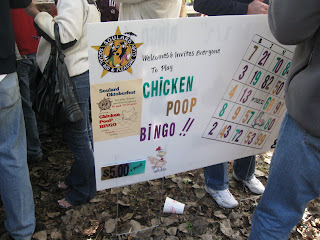 This was a very popular booth. Go figure.

Also at Oktoberfest, the most interesting incense...uh....flavors. I'm not sure if I really want to know what a Booty Call smells like. Butt Naked could be iffy, too. 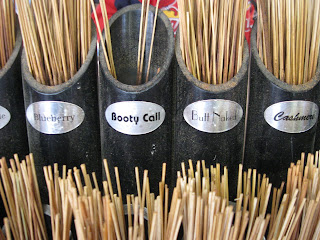 These were taken over Labor Day weekend, a month before Brian deployed. He brought his new gear along to show us, and let me have a spin in his new vest. 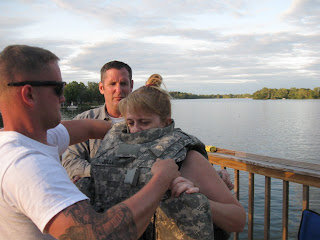 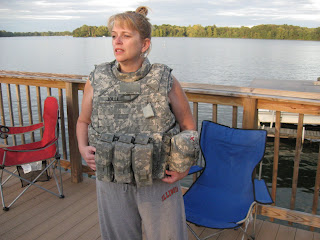 This vest weighs 100 million pounds, which is supposedly lighter than the vest he had to wear on his first tour. The great thing about this one is that it has a rip-cord, and, when pulled, the vest instantly falls off into several pieces. This was designed to let soldiers escape their armor instantly, and thus more easily maneuver out of burning vehicles. How comforting.

Here's Minx. When you tell her to get off of the island, she'll hop down and sit in the chair. Isn't that cute? 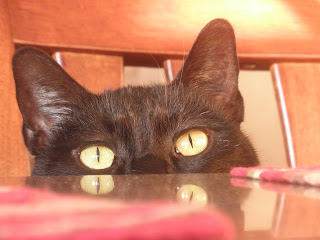 Also cute is that I swear to God, the cat can say "Ma-ma." It's usually in the morning when the alarm goes off, or when she rushes to meet us when we get home from work: "Ma-ma! Ma-ma!" She calls Clint Ma-ma too; give her a break, she's just a little kitty.

Most frustrating, though, is that I can't get her to do it on command, and no one but Clint or myself has witnessed our brilliant talking cat. No amount of prompting or petting or mewling back at her will get her to perform for me, and I'm sure people have stopped coming to my house for having to sit through my efforts...again. I WILL get a video of her cute self, this year, and who will be laughing then, huh?

And a sneak preview of the next blog post: The best birthday present ever: 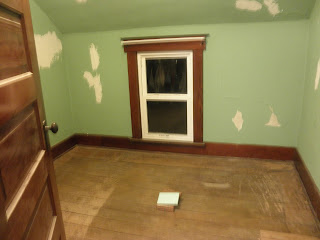 I have been giddy for a week. Tune in next time!