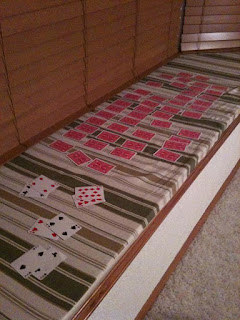 This picture was posted on Facebook this morning by my friend Frugalmom, at Fancyin' the Farm life. The caption reads "an intense game of Memory going on here."

Memory. My memory is that my sister, Teri, and I always called that game Concentration. We played it with our best friend, Ginger. She lived next door, and Mom started babysitting Ginger when she and Teri were 2 months old. We were constant playmates as children, and best friends as teens. Teri and Ginger were best girlfriends as adults, and I considered Ginger a second sister. 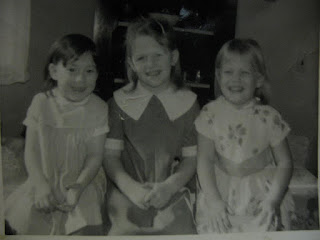 As kids, Teri and Ginger and I would kick our game of Memory up a notch by stringing our cards from one end of the house to the other. The 2 of Spades might be on my bedroom floor, while the 2 of Diamonds sat in one of Mom's plant stands. X-games? We started them in a small 3-bedrooom ranch in 1969.

My sister passed away 2 years ago, and Ginger died when she was 30, from an asthma attack. She left her husband and 2 young sons here with us. I am lately often melancholy about my lost loves.

At the same time I ache for them, I have a wonderful renewed appreciation of all that I have left.

I have referred to this summer of 2011 as "My Summer of Nostalgia." 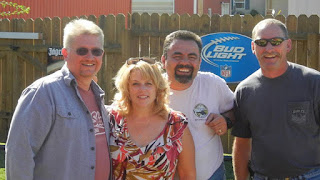 I am in love with my Summer of Nostalgia.

I feel blessed with every story, photo, and connection, and I am more prone, lately, to being jarred into waxing about long lost memories. Jarred, I tell you! Frugalmom's photo sent me racing to the keyboard with all of this!

I suddenly want to write about games of Concentration that spread through every room in the house. I want to tell you that Teri and Ginger and I made go-go boots from mud, and tried to feed our dead goldfish to a cat named Snoopy. I remember a painting of Susie's, a tree silhoutted on orange background, that hung in our Grandmother's house. And that guy on my left punched me in the eye when he took a swing at my high school boyfriend and missed.

Actually, I *totally* forgot about getting punched, but it sure was fun giving him crap when I was reminded.

That's how things are lately. Maybe it's my age; maybe it's recovering from the storm that was the last 5 years. Maybe it will pass, this sentimental, sappy side of me that I have poo-poo'd all of my life.

I seriously hope not.

Because I love this.
Posted by Lori Stewart Weidert at 11:41 PM 6 comments: