I'm back with a few more Toys for Troops Highlights!

150 of ours came home in late spring/early summer, and I'm back to scrambling for names and addresses. There are about 25 on the list now, and we hope to add at least 100 more by Christmas. Christmas care packages go out in 13 weeks!

As I mentioned in the last post, I just received the names and addresses of 5 platoon leaders, and we introduced ourselves to them recently with a letter and 100 dozen cookies. I have also sent battery-operated misting fans to distribute to those working in the field.

So, that's where we are now, and Champaign's News-Gazette was kind enough to highlight our endeavors after I rallied on Facebook. It was published yesterday, here:

And now that it's out there, I'd like to back up and acknowledge everyone that helped make just those two projects happen. 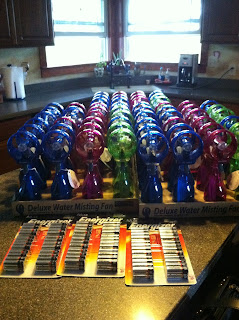 Those that follow me on Facebook may remember that I just tossed out a request: "Buy one of these for a soldier, and I'll mail it for you."

Urbana VFW 630 caught wind of my request, and offered to help me out: 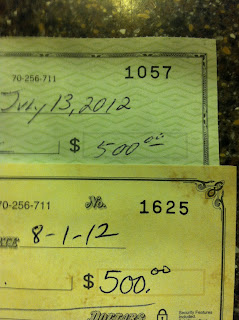 They told me to shop or ship, whatever we needed.

I contacted the makers of the fan, O2 Cool, and they were very helpful, offering me wholesale prices—under one condition: I had to have a resale certificate.

I do not have a resale certificate, Sam I Am, so back to the drawing board for me. I put out another APB, and Sara at Dandelion Vintage Clothing, offered to order the fans for me. I cleared it with O2 Cool, and thanks to Sara, we were back in business! 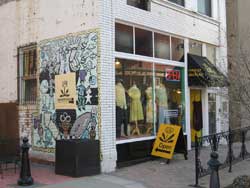 ...plus kettlecorn, puppy chow, and rice krispie treats—you don't think I made all that myself, do you? I made a double batch of chocolate krinkles, then the majority of my work consisted of meeting people in parking lots to pick up the goods. 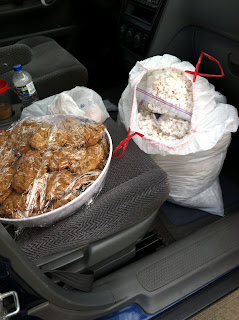 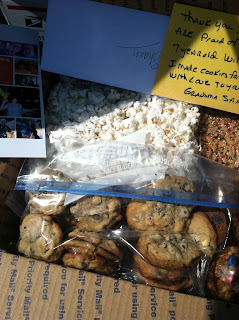 Big-big Thank You to all of our bakers, and to everyone that heard of the project, popped checks in the mail, handed them to me at work, and made Paypal donations. Our bank balance, once again, after shopping and shipping for these two projects, increased. It never ceases to amaze me.

The day I took the cookies to the post office, a gentleman in the parking lot offered to help me carry boxes. I thanked him and promised him the load was relatively light: "just cookies heading to Afghanistan."

We were the only two customers in the post office so of course I let him go first in line. When he was done, he turned around and folded this into my hand: 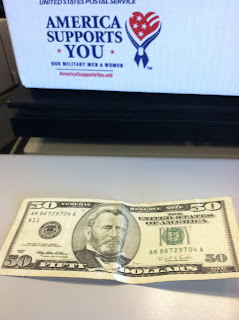 I'm as paralyzed about what to write now, as I was speaking then. I'm sure I got "thank you" out about a dozen times while he was racing out.

These are the tales I tell my soldier babies. While I am feeding them spaghetti, I grab their chins and say "strangers just hand me cash to take care of you, y'know." 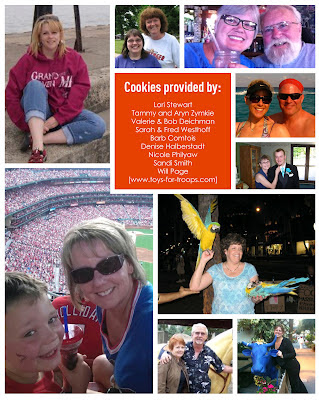 The card I popped in to all of the boxes.

Here's a gratuitous photo of me with the Miller High Life "Give a Veteran a Piece of the High Life" Humvee. That poor guy was ready to pack it up and go home for the day, but I played my "I have a son in the Army" card, and made him get out and take my picture. 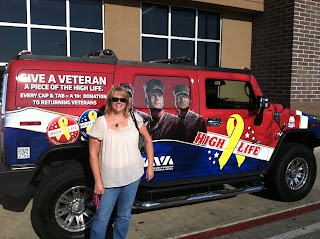 And don't forget: If you have a loved one serving in Kuwait or Afghanistan, we'd love to send him or her a box of goodies. Mail me at ljstewart@gmail.com, and I'll tell you more!
Posted by Lori Stewart Weidert at 11:30 PM No comments:

This post has been weeks in the making. I tag up to it and run, unable to collect myself. I don't know where to begin, how to fast forward, or how to wrap it up. I'll start with these blessed words that I heard first, when answering my phone to my son on the other end, 10 weeks or so ago:

"Mom. Moore's ok..." I was crying before I got out the words "what happened?"

"He's on his way to Germany. He's ok. Afghanistan. Roadside explosive, his buddy stepped on it. He's ok. We're waiting for more news."

Steven Moore, or "Steebmo," I dubbed him when I declared he needed a pet name, was my son's gunner in Iraq. The first tour was hellacious, and this young man saved my kid's life on more than one occasion. When they were released for leave upon returning home, Steebmo opted to join Brian in my home, before they went to visit his Mama. 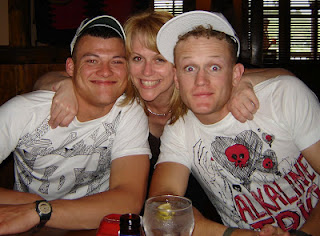 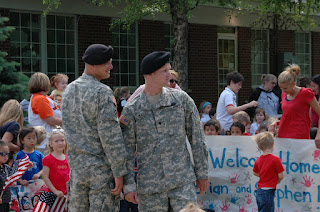 We celebrated their coming home in ridiculous fashion.
Lord, I wish I could do it for each and every one of them. 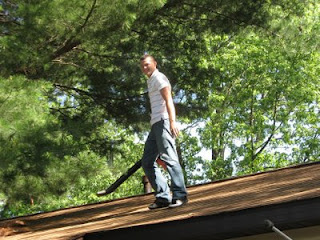 Hey, while you're home on leave, resting up from a year in hell,
would you mind blowing the pine needles off of Grandma's house?
"Yes ma'am. I'd be glad to."
(Holy shit, I actually put them to work.)

He and and Brian served another year in Iraq, in '09-10. Upon their return, Brian was moved to Ft. Hood, Texas, while Steven and his new family went to Ft. Lewis, Washington. Steven touched base with me early this year that he was going to Afghanistan, but I lost track of his deployment date.

I was merrily blogging, a month earlier, about how I was in a place in this world that I had little left to worry about, all the while I had soldier babies in Afghanistan. I feel a punch in my stomach every time I think of it.

Moore is ok. I've been hesitant to tell his story, or to bother him or his wife too much, for fear of sensationalizing his injuries, or just getting in their face when I can't imagine what they have been through. Of the hundreds of troops we've sent packages to, my Steebmo is the first I've known personally that has been injured. How it completely undid me is fodder for another post.

He has a broken finger, artery damage in  his arm, and lower tissue damage. He is home with his beautiful wife and children now, and begins physical therapy soon. 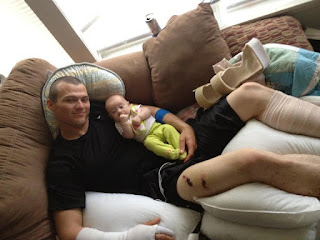 His comrade lost both of his legs that day. When I finally got up the nerve to ask my son about him, he said, "it's crazy, Mom," and we both sobbed like babies.

Steven's wife has kept us as much in the know as we need to be. I have utmost respect for her, and her protecting her family and her husband with gentle updates that they needed space. 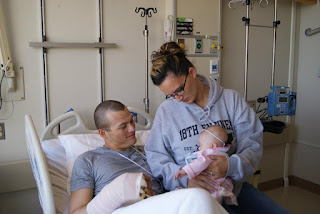 She is Mama Bear, and yet has taken the time to share with me that:

The rest of Moore's company, still with several months left to serve in Afghanistan, has lost 20% of their troops to injury, death, PTSD, and suicide. Morale, as you can imagine, is very low.

That the rest of his company struggles now, trying to hold it together in the midst of these statistics, has brought me roaring out of my place of complacency. A Toys for Troops APB has been put out on the wire, and cookie bakers came out of the woodwork. 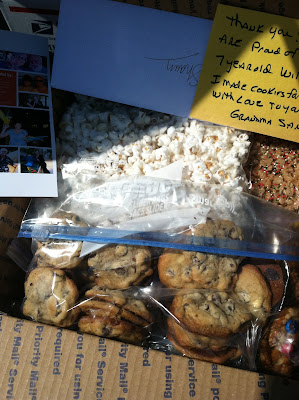 Five platoon leaders of this company have cookies galore coming their way, along with a letter asking them to check us out, contact us, and if they think us worthy, to send us the names of their troops.

My message remains steadfast: we might not be saving the world, but if we change the direction of even one lousy day, we've made a difference.

We remain, warriors for warriors.