Let's Move On, Shall We?

Well. That was interesting. Word on the street is that my last post made you feel uncomfortable.

I guess I knew it would. In all honesty, I wanted to make you a little uncomfortable. Not very nice of me, and I question my own motives: Why drag ya'll down with us on this one?

Passion, I guess. And honesty. I run an organization that supports our troops, and we do feel-good stuff. Sending toys and care packages, getting involved with the community, and touching lives. For good or bad, I wanted to bring it on home: it's not all rainbows, beanie babies, and homemade cookies.

But I know you know that, and I'm sorry I blindsided you. For the record, Brian did give me permission to write that post, to say anything I wanted.

And, well, hell, as I write this, Brian is back NTC, in Fort Irwin, California. Desert training. 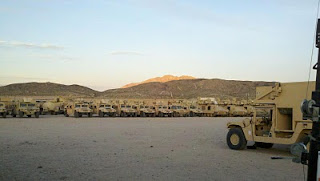 NTC, Fort Irwin, CA; pic by Brian Jolley
Training to deploy to Iraq, in July.
Aurghhhhhhhhh! He's only been home for 6 months! I like being able to text him and call him and visit him. I don't want to wear that worry again! RARF! No! Mom says NO!
When he transferred from Fort Benning to Fort Hood in January, he was placed in a company scheduled to deploy: C Co., 1st Brigade Special Troops Battalion, 1st Brigade Combat Team, 1st Calvary division. (Shall we revisit the "The last major combat brigade, Stryker Brigade, is exiting Iraq" news reports from last August, while we train another combat brigade to return?)
He isn't supposed to be "forced" to deploy until he's been home for 12 months, and he had other plans for Fort Hood: enrolling in an 18-month EOD school before deploying again. (EOD! More aurgh!)

But, the Army is the Army...and I don't know what that means. They have rules, and I hold my breath and wait to see which ones they'll enforce: Can he stay stateside and continue with his schooling, or will they rule to send him back to stupid Iraq over with his new company? 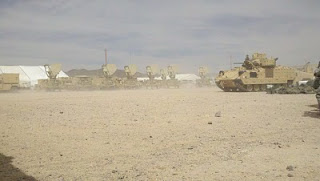 Ok, I kind of indicated in the title that I'd move along, but I didn't get very far, did I? I can't help it! I just had more to blurp out! Don't quit me now—I promise next time will be something fun, like a Photo Dump Day or an embarrassing story, or tales of my new job—my goodness, I haven't even told you I have a new job! I practically have a whole new life, actually.

I'll gab all about it in the next post, I promise.
Posted by Lori Stewart Weidert at 9:56 PM 11 comments:

My last post was about my son, Brian, an update of his life after his second tour in Iraq.

I want to share with you a day from a year ago, when Brian was home on leave in the midst of  that tour. Brian, Chris, Chad, Anthony, and Kyle were gathered in the kitchen, all of us talking and laughing while I puttered over dinner.

I turned the subject to friends of mine, a gay soldier, Clay, just home from Iraq, and his partner Dylan,  actively fighting for the repeal of Don't Ask Don't Tell. My bestie Diane and I had just met them in Chicago for a night, and I was regaling tales of our our visit.

This particular soldier baby was unable to find help for his PTSD symptoms. The military couldn't ask, or didn't tell, but the VA sure could, and would. I bustled around the kitchen squawking and outraged at the fact that this country wasn't backing up someone that fought on its behalf. I also shared some of the techniques that Clay had told me were working to calm him, for instance, when flashbacks occurred


"That's so interesting to hear what other people are going through," Brian said. "I cried myself to sleep every night for a month when I came home from my first tour. Sometimes its all you can do. When I picked up Smith's arm, I cried. You just cry and bag the arm, and finish your shift and go back to your bunk and cry. Then you sleep and get up and go to work the next day."
...

The boys and I stared at Brian, stunned into silence.

I had taken a pan off of the stove, and I stood still with pan in hand, when I finally asked, "You picked up Smith's arm?"

More silence, until I said "Is Smith ok?" Please. Let Smith be ok. Please let it be "only an arm."

As if we were the only two in the room, I said "You never told me this before."

"I've never told anyone this before," he said.

I don't remember more of the conversation. I remember feeling like a bird that had just flown into a window. I might have put the pan down, or I might have carried upstairs with me, to whisper something hysterical and undiscernible to Clint. I remember Clint saying "Go back downstairs, you're doing fine."

Yes. Yes, I was fine, I was doing fine. I went back downstairs, and the subject had passed. We had a Mexican feast,  and continued on our jolly evening, until the boys took their leave. And I followed Brian's lead after they left: I cried.

I cried, and I went to sleep, and I got up and went to work the next day.


*****
I had been so ready for it, when they came home, in 2008. Ready to watch and listen, and ready to love and ready to advise, and ready to recommend. I tried to give them space, but prod, under the radar. Were they ok? Were there counselors? Were those that were struggling ostracized? It's ok, you know...it's ok for all of that shit in Iraq not to settle within you.

I was on standby for months, for the entire next year. I recognized the aggression in "my boys" and the need for an adrenaline rush. I chided them after motorcycle accidents and roadhouse brawls. I preached a good sermon about constructive versus deconstructive behavior, baby.

And finally, I watched them even out, and turn back into people I could recognize. What did I think? That a little time in "civilized society" was all that was necessary? That if we could just get them to "Point B" after they came home without hurting themselves or someone else, then we could lay it all down and be done with it?

Maybe I did think that. That once I didn't hear more, then there was no more. These soldiers don't often talk, I'm finding. Who can blame them? It's taken me a year to find the words to tell about one meal around my table.

Why is it so hard to tell?


Because I wonder who I was, for him, in the midst of some of those terrible days. Was that the day that I sent an e-mail, nagging him for not calling me in 3 weeks?
Because when I think of him, I think of him as my child, and how picking up arms in a war zone was never what I wanted for him in a million years, and that kind of buckles me.
Because I don't want Brian to read this and ever think that his sharing caused me pain that I myself cannot endure.
Because it's really not even about me—is this even mine to tell?


I am, however, a soldier's mother, and that is mine to tell. It's mine to tell, and mine to remind, at a time that we've been at war so long that we're desensitized to the news stories, that tens of thousands of soldiers' mothers—and fathers, and friends and wives—are sitting down to dinner, or watching a random TV show, or just walking through a mall, and finding out what their soldier really went through, 2, 4, 6 years ago.

I am a soldier's mother, it is mine to tell you how it feels when your kid tells you that he's picked up pieces of his friend in a war zone. It feels like someone kicks your soul right out of your body.

I called Chris shortly after that dinner in our home, to bend his ear. I know how it felt to be this kid's mother and learn some of what he'd experienced. What about his best friend? What was his reaction? Chris's reaction was little different than mine: Devastated. Responsible, somehow for not having offered up support earlier, for what, exactly, we did not know. Though we were waving and volunteering, Brian moved about without us, coping, repressing, not seeing the point of hashing it all out, or not being ready to.

Mother, father, siblings, friends—ridiculous as it was to feel it, we did: like utter failures.

We weren't, of course. We were, all of us, on stand-by 24 hours a day, if Brian needed us. What he wasn't ready to say could wait, and that remains true today. Maybe we're not done. Maybe we are. No matter what, we are all unconditionally available to Brian, and to his comrades, and to one another.

I am a soldier's mother, and it is mine to tell that when we are worn down, weary, unwilling or unable to talk, it is our personal silent army: our loved ones in the wings that move us through, and out of our pain.

It is, perhaps, the only thing I have in common with my soldier babies.

And that is mine to tell. 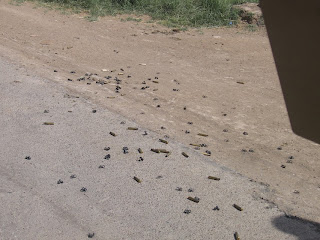 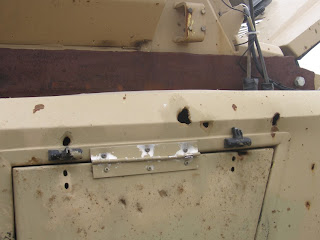 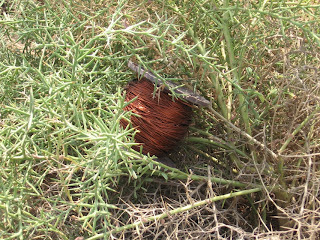 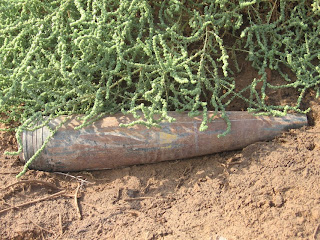 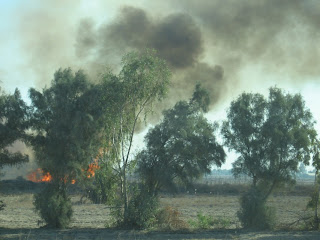 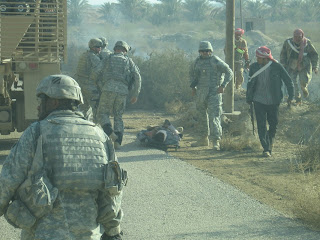 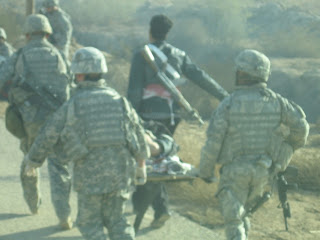 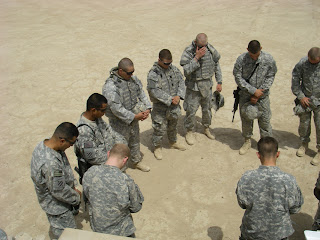